Danny Vasquez, First Place and Most Pins in Least Time

The Andrew Peers Memorial Tournament is named in memory of 1988 Walt Whitman graduate Andrew Peers, who was killed in an auto accident in 1994. Andrew was one of Whitman’s most spirited and accomplished athletes in the 1980s. He won All-League honors three times and was All-County in his senior year for wrestling. Andrew was also an accomplished lacrosse attack man, garnering All-League honors. 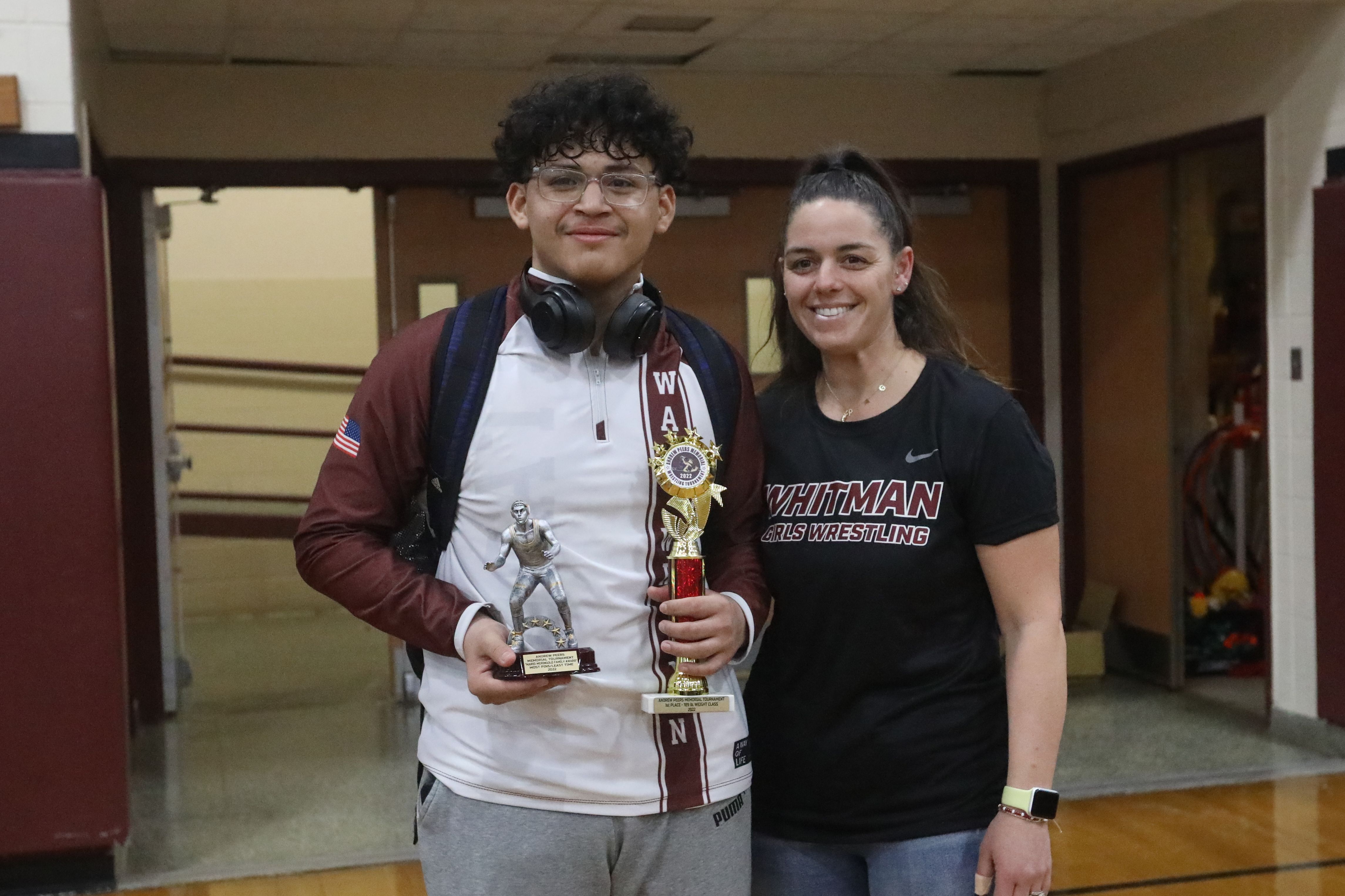 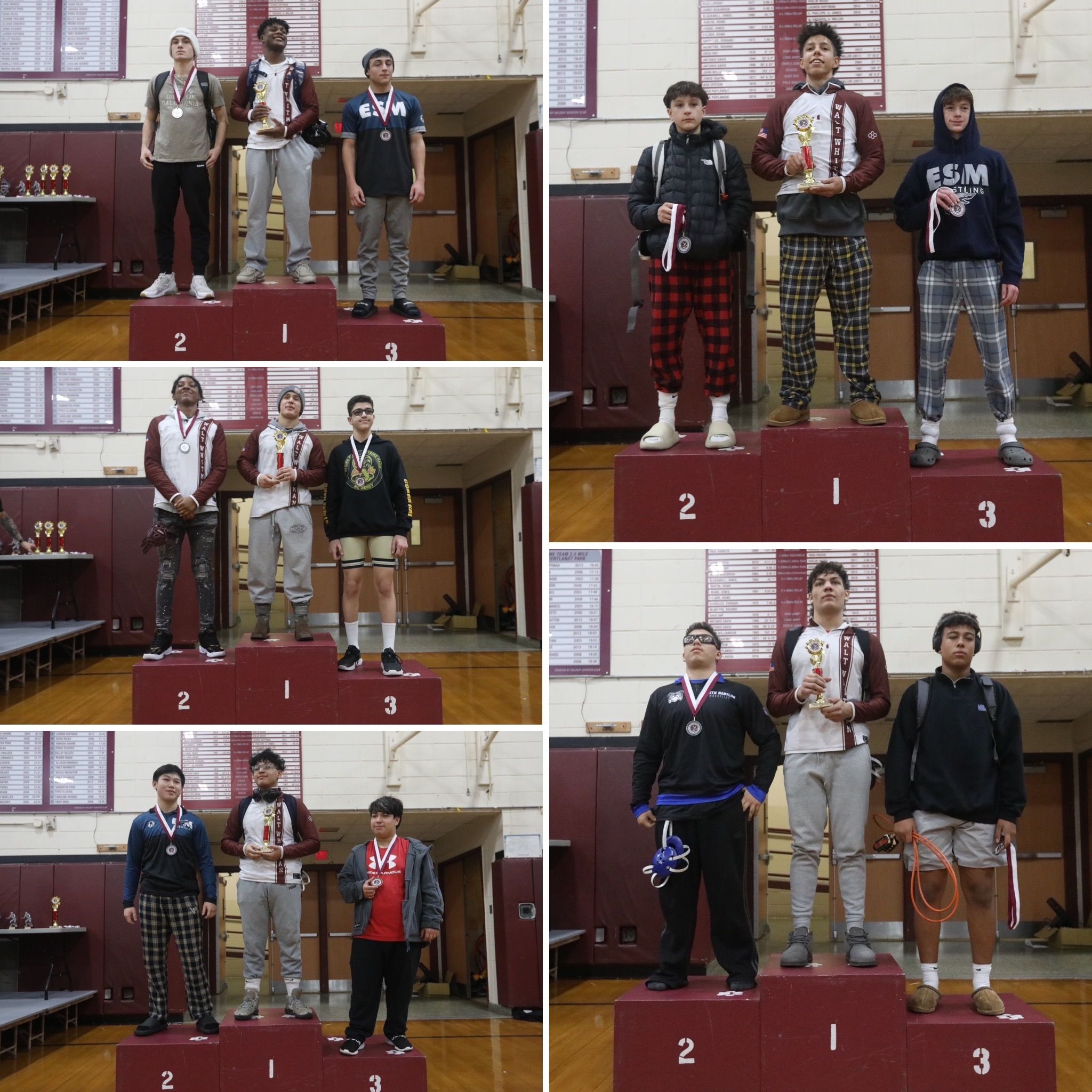 Walt Whitman's first place winners proudly accepted their trophies at the top of the podium. 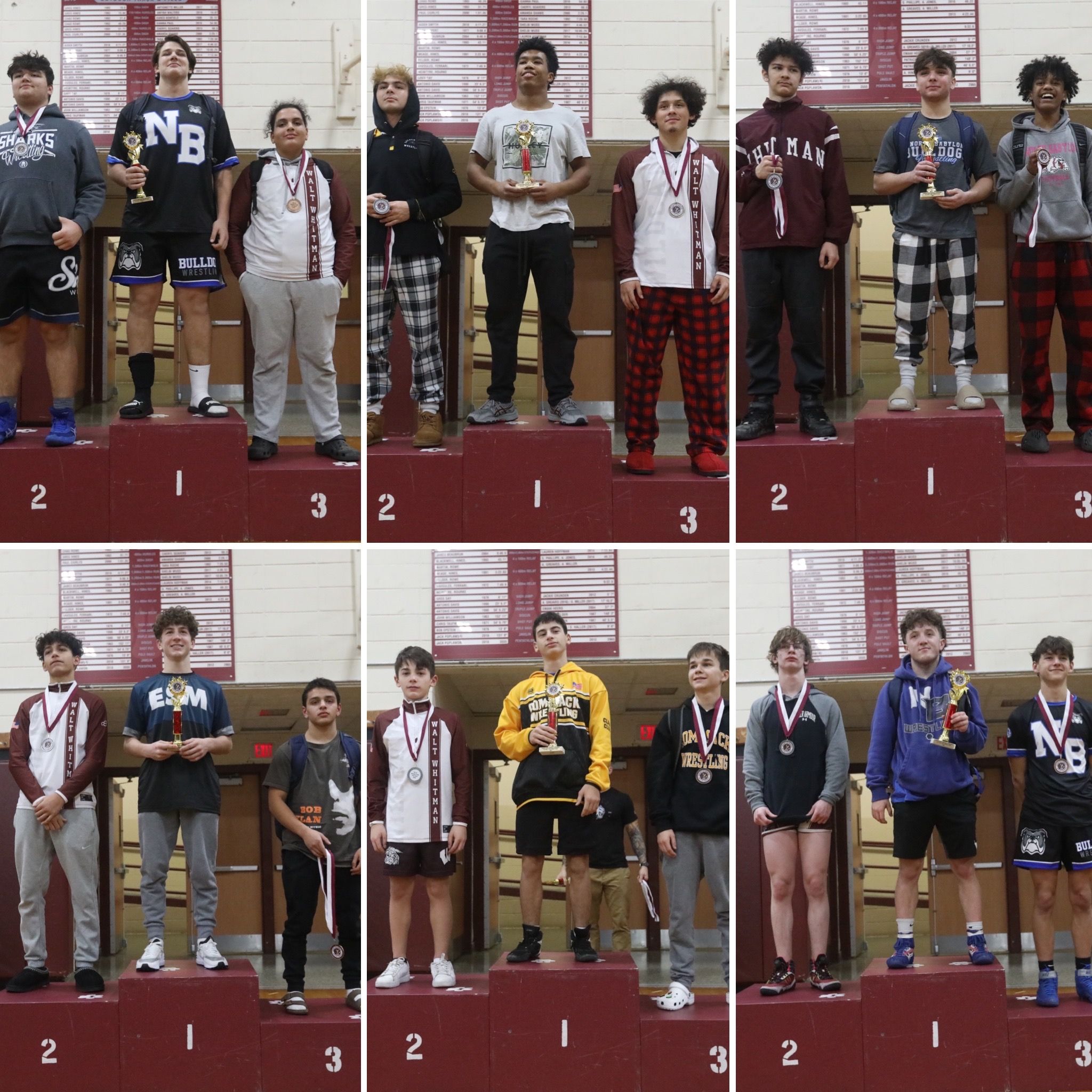 Ten other Whitman wrestlers were honored at the podium for their performances at the tournament. 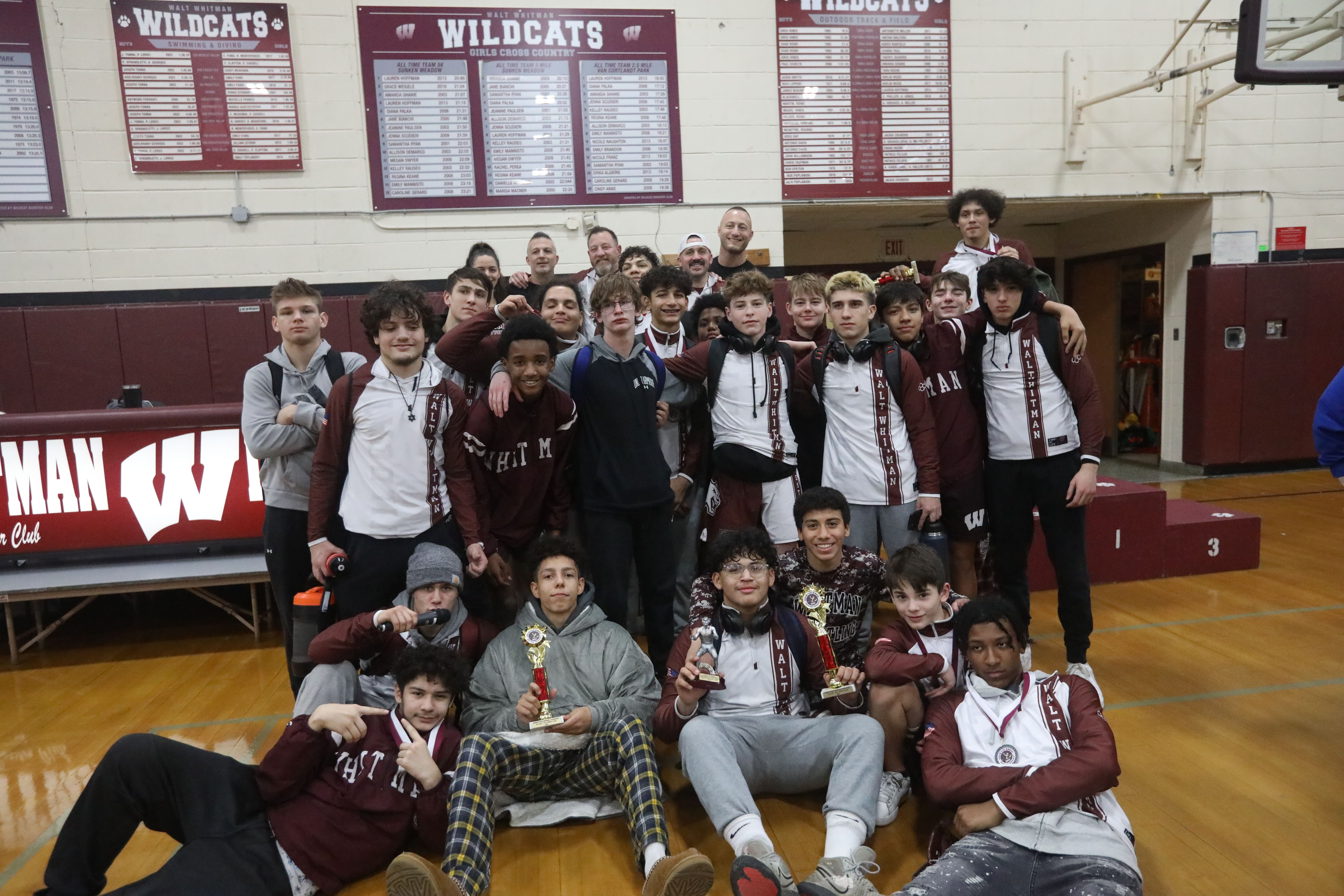 Walt Whitman's wrestlers and coaches. Thank you to everyone who participated in the annual Andrew Peers Tournament!