At South Huntington School District's recent Summer Board of Education meeting, we were fortunate to welcome new Board members and recognize some of Walt Whitman's athletes for noteworthy performances. Beginning the evening was the swearing in of Board President Nicholas Ciappetta, Vice President Linda LaCara, and Board Trustee William Biangasso. We look forward to the continued work of our entrusted board members as they take on their roles in serving our students and school community.

We were also pleased to recognize Walt Whitman’s Girls Flag Football Team and Men’s High Jump State Champion, Chris Davis, on an incredible season. In their inaugural year, our Girl’s Flag Football team claimed the title of Suffolk County Champions while bringing the new sport to the forefront of our athletic program. Also closing out the Spring sports season, Walt Whitman High School’s Chris Davis claimed the title of 2022 NYS High Jump Champion with a soaring height of 6’7”. We are proud to honor the successes of these athletes as they closed out the school year and for many, their high school careers, with monumental accomplishments. 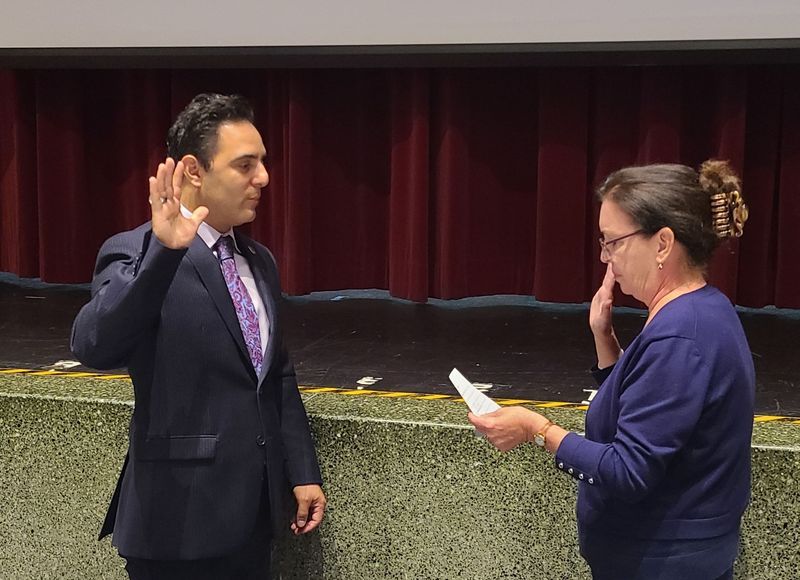 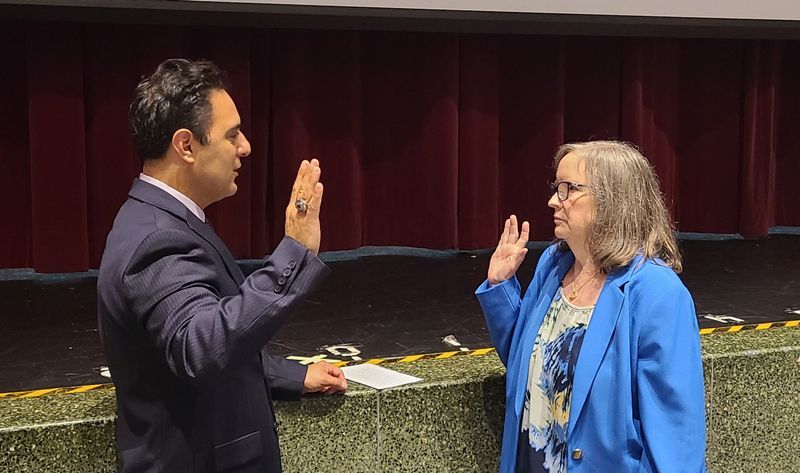 South Huntington’s new Board of Education Vice President, Linda LaCara, was sworn in by our current president.